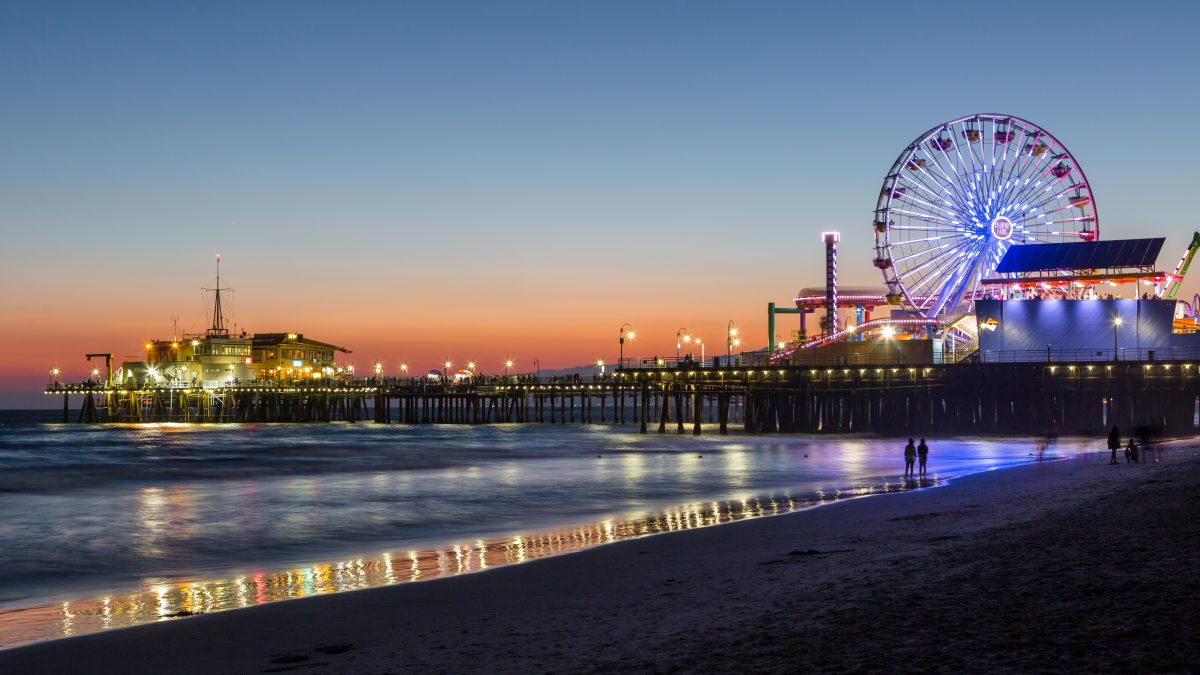 The Santa Monica Pier is a large double-jointed pier located at the foot of Colorado Avenue in Santa Monica, California and is a prominent, 100-year-old landmark. Santa Monica has had several piers over the years, however the current Santa Monica Pier is actually two adjoining piers that long had separate owners. The long, narrow Municipal Pier opened September 9, 1909, primarily to carry sewer pipes beyond the breakers, and had no amenities. The short, wide adjoining Pleasure Pier to the south, a. k. a. Newcomb Pier, was built in 1916 by Charles I. D. Looff and his son Arthur, amusement park pioneers. Attractions on the Pleasure Pier eventually included the Santa Monica Looff Hippodrome building (which now houses the current carousel and is listed on the National Register of Historic Places), the Blue Streak Racer wooden roller coaster (which was purchased from the defunct Wonderland amusement park in San Diego), the Whip, merry-go-rounds, Wurlitzer organs, and a funhouse.

This item was saved to your lightbox.