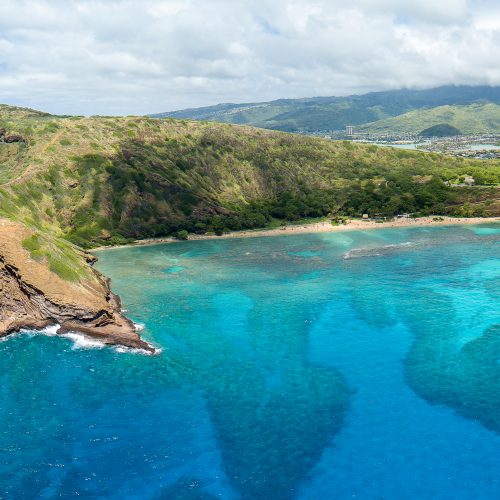 Hanauma Bay is a marine embayment formed within a tuff ring and located along the southeast coast of the Island of Oʻahu in the Hawaii Kai neighborhood of East Honolulu, in the Hawaiian Islands. The bay is both a Nature Preserve and a Marine Life Conservation District. About 400 species of fish are known to inhabit the bay.Hanauma Bay is known for its abundance of Green sea turtles, known as Honu and Parrotfish.